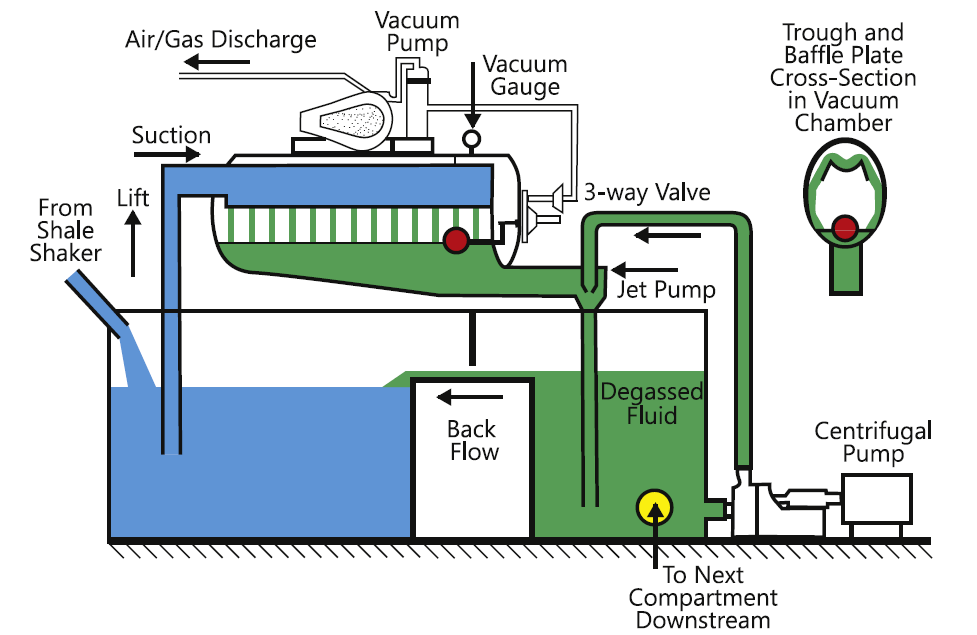 The geometry used for this study is the vacuum degasser, however the overall design is simpliefied to have no inside pipe. The overall diameter of the tank is set to be 1400 mm, the mud and gas inlet is set to be 400 mm, then the gas outlet at 200 mm, and mud outlet at 500 mm. The dimensions are set in such a way that the volume flow rate ratio of gas and mud are roughly 2:5 at their respective outlets. 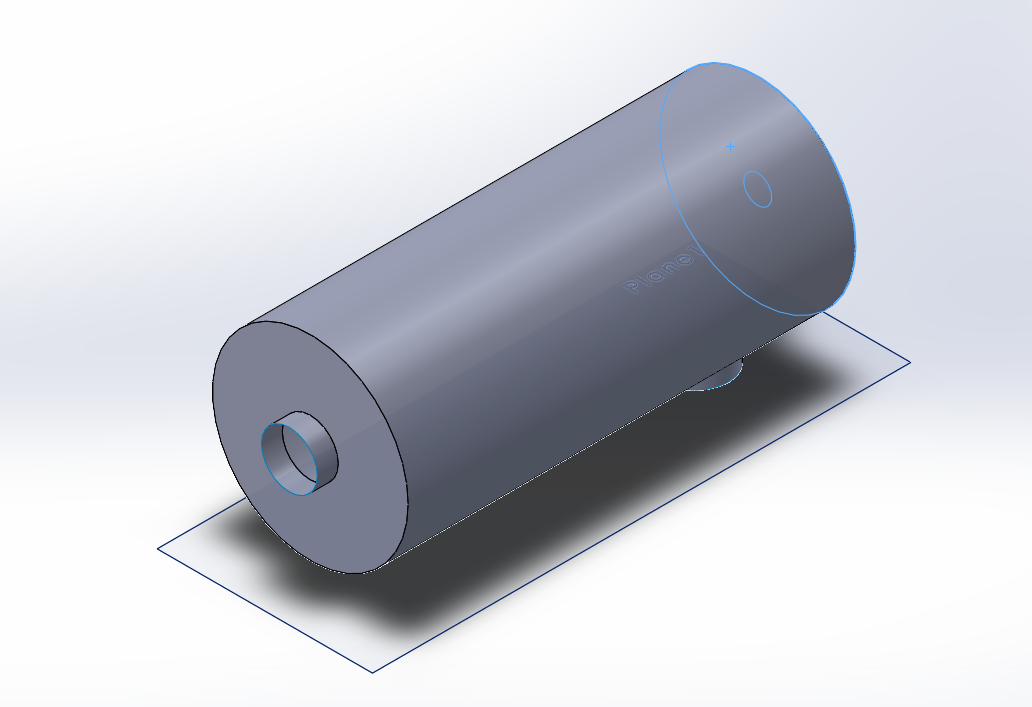 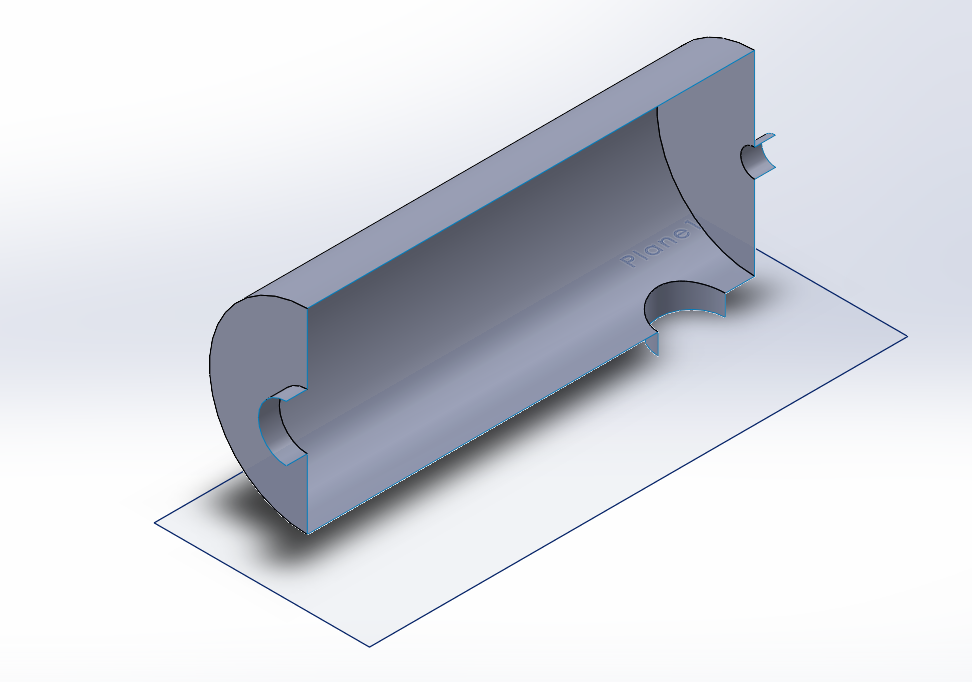 The simulation for this study is going to be set to be transient (0.05 s of delta t for 8 seconds of simulation), incompressible, subsonic, multiphase with VoF method, and turbulent with LES, includes gravity forces, and set to be isothermal (no energy equations). The inlet will contain both mud and gas in a mixture, set to flow at 0.1 kg/s. The mud and gas will have different outlet which shows their separation from one another, under various suction pressure.

The geometry for this study was desgined using SolidWorks. Then the research will utilize CFDSOF, a CFD software developed by CCIT Group. CFDSOF has been widely used, especially in Indonesia, by several universities and state-owned enterprises projects. The mesh generation and CFD simulation is conducted using CFDSOF. The result is then post-processed and presented using Paraview.

The first step of this study is the single phase test to ensure the model is correctly set. First, the meshing process was done using CFDSOF and gives fine results. The mesh options were chosen to ensure accurate calculations that can be achieved by using CFDSOF. The test is done using a single phase flow of drilling fluid under the given parameters mentioned on the previous section. 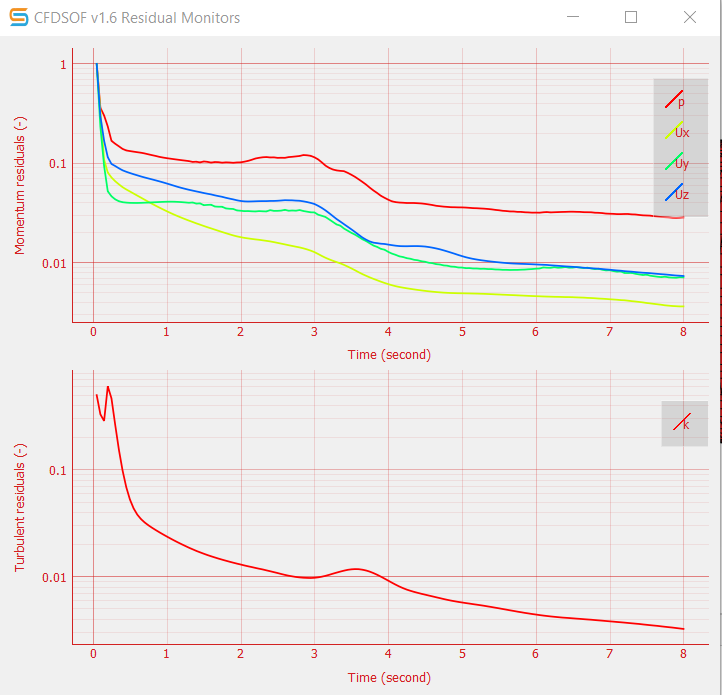 The monitor above shows the residual of the simulation going down over time, showing the convergence of the test. 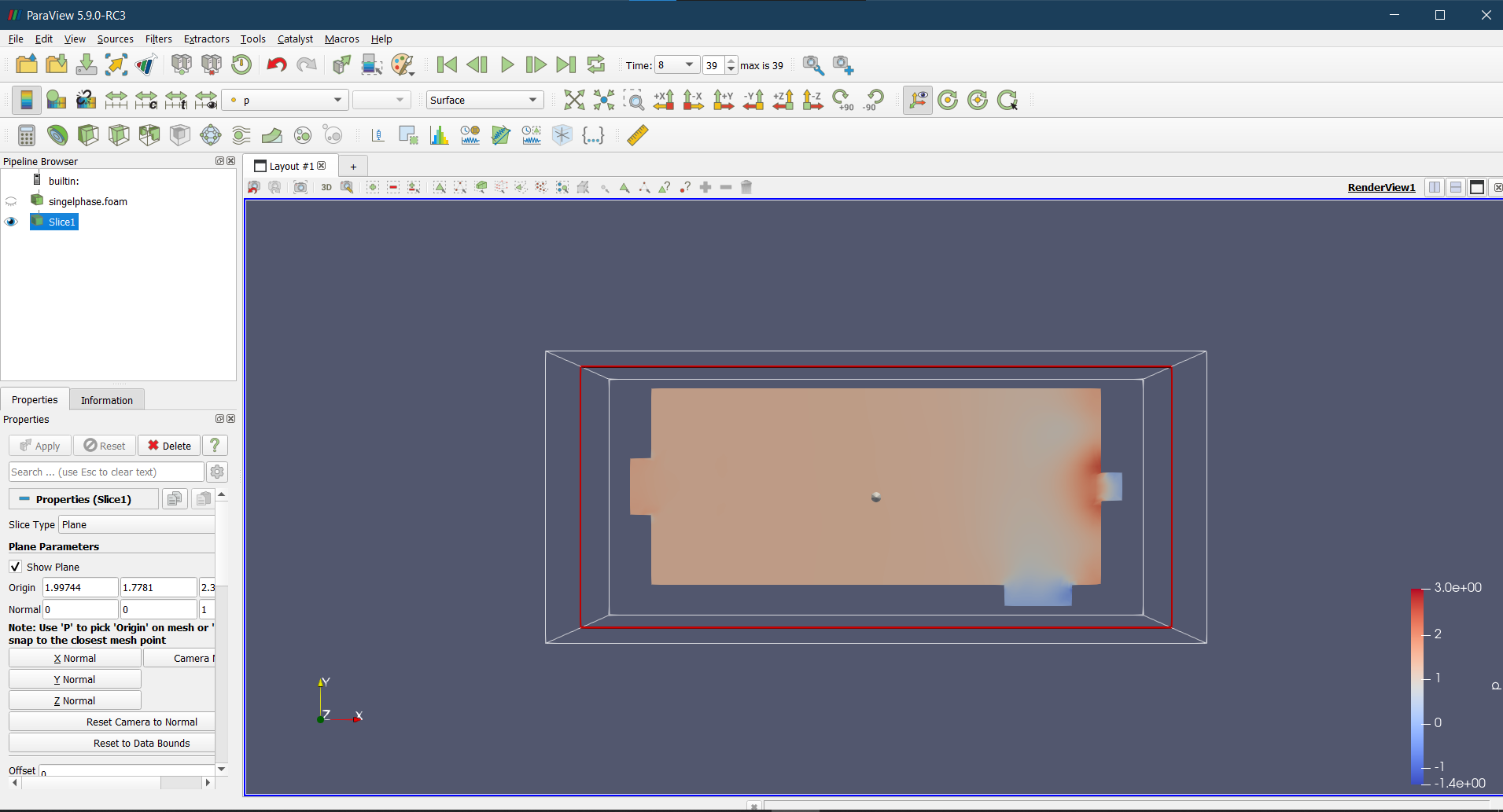 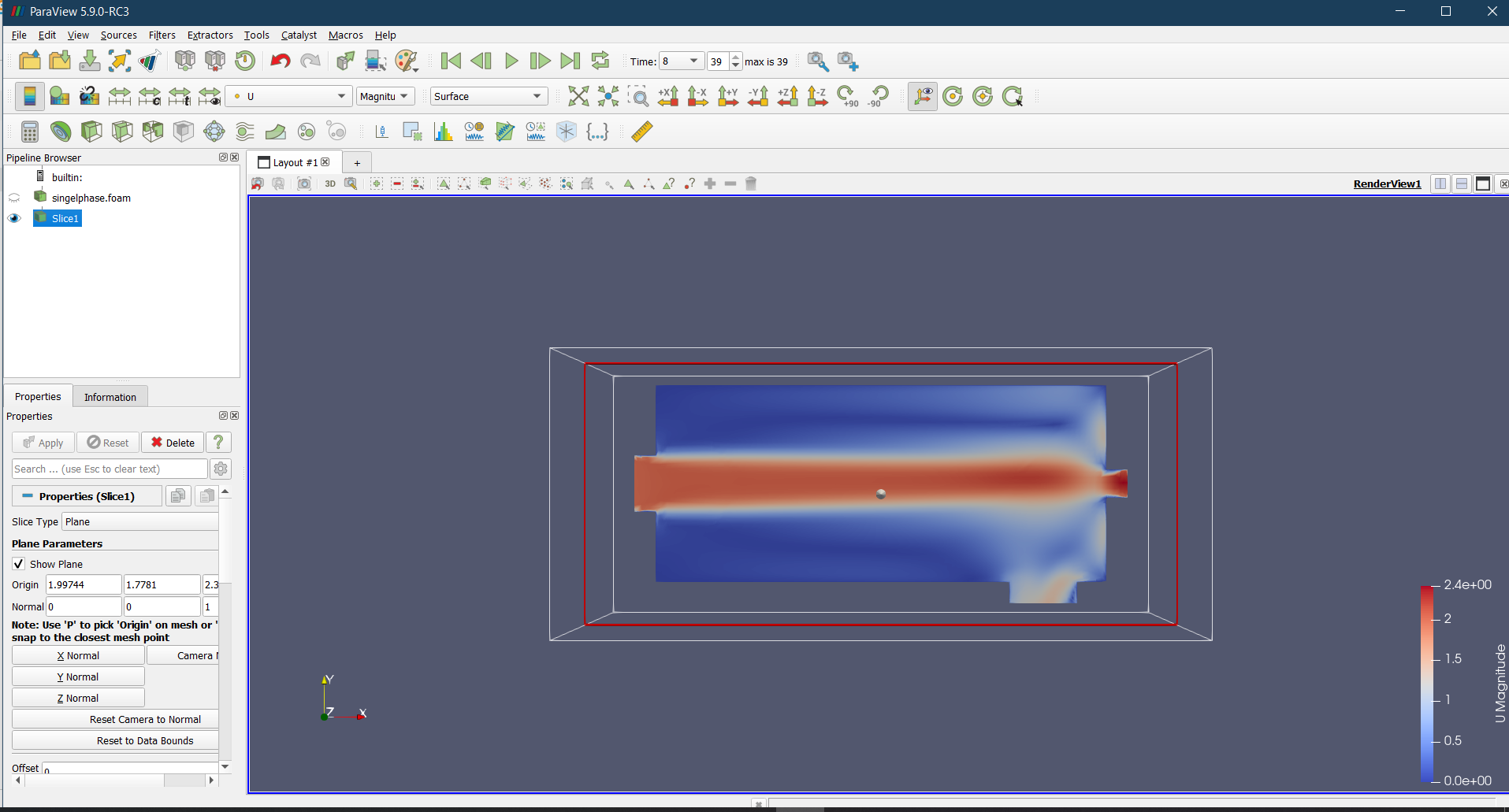 Results above show the pressure and velocity gradients of the slice. The flow of the mud is sucked in to the outlet as it flows inwards at 2 m/s. This result is expected as somehow the gravity effects are ignored in this test. CFDSOF gave adequate results for predicting the flow regime as it could perform such test fine. The pressure distribution results was also as expected, therefore the mesh and the model should be sufficient to simulate the multiphase flow of drilling mud and H2S gas.

The next step was to perform multiphase simulation. During the simulations, the author was faced with a number of difficulties. At first, the was to use VoF or Eulerian-Euleriian methods, CFDSOF solver was unable to perform either correctly. The solver refused to start performing the calculations when VoF was chosen, giving null results at the logs, whereas the Eulerian-Eulerian method couldn't be chosen. As such the author then chose to perform the Eulerian-Langrangian, even though by doing so the model would be incorrect as the viscous effects of the H2S gas would have to be ignored.The viscous effect between the H2S gas and the drilling mud is essential for this process, as the gas was supposed to partially mixed in the mud, which the suction outlet pump was designed to separate.

Then the study proceeded with the Eulieran-Langrangian method. The first step was to set the boundary conditions of the flows. It was set just as before, ensuring the turbulence modelling was set correctly, checked gravity, and so on.

This research was conducted as a final project for the Computational Fluid Dynamics course, in Mechanical Engineering Department, Universitas Indonesia. The author thank Dr. Ahmad Indra as our advisor and lecturer, and also Bang Edo, Bang Bani, Bintang, Ales, Mas Agus, and all other students for the valuable discussion in creating this research paper.